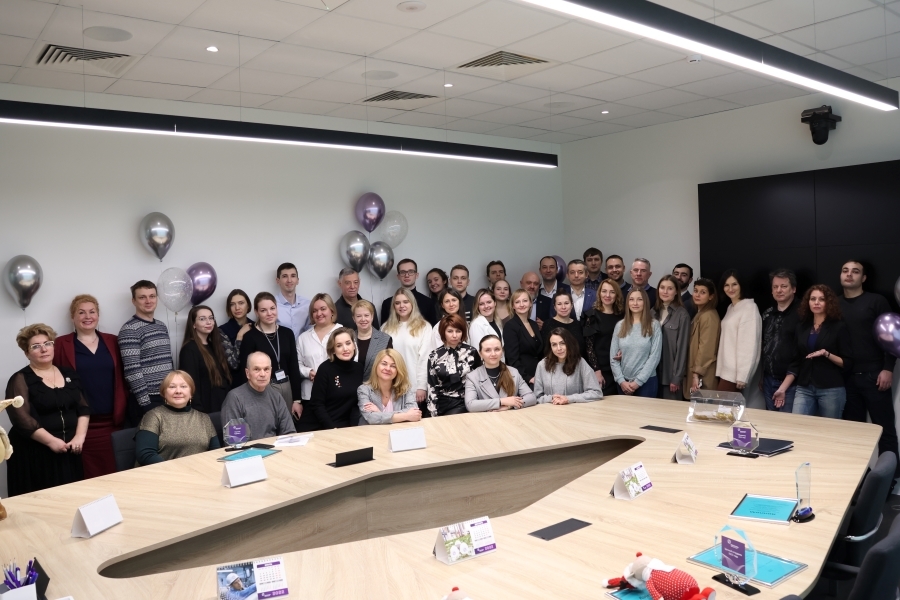 Metadynea employees have voted for the best specialists among the colleagues. The aim of the corporate award “The best of the best” is support and motivation of the employees to develop in profession, as well as possibility to get deserved recognition for their achievements. After the award ceremony, there was a drawing among all employees giving gifts and money prizes.

The ceremony took place in Gubakha (Perm region), Orekhovo-Zuevo (Moscow region) and in Moscow. The winners and the nominees received the awards, diplomas, the prize money were paid.

“This year yet another time was checking our team’s resilience. We managed to timely rearrange, adjust to the new even more unpredictable conditions», said to the audience the general director of Metadynea Igor Spasskiy. “ Despite the obstacles, we managed to finish the year with a decent result. This is an achievement of all our employees. Production, commerce, all supporting and assisting departments and services contributed to this year’s achievement. We continued to produce the scopes of goods required to our customers by this ensuring the financial stability of “Metafrax Group” companies. I want to express the most sincere gratitude toward the colleagues for hard work and high professionalism!

Around the New Year celebrations, on 26 December, the award winners in three nominations were defined in Moscow office of the company as well. As “Valuable Employee” among each other the colleagues awarded Olga Paska, sale manager of resins for the wood boards. As the best manager “Manager” of the year was awarded the HR manager Tatyana Belova. For his potential and success in the nomination “Future Hope” the colleagues awarded Shota Karslyan, the company chief economist.

As the year’s project the company employees awarded “Cooling water cycle construction” in Gubakha, “Power supply system revamping, arrangement of the second input with substation” in Orekhovo-Zuevo and “Autologistic System”.

After the ceremony there was a drawing among all employees with gifts and money prizes.
Previous Article
Back
Next Article