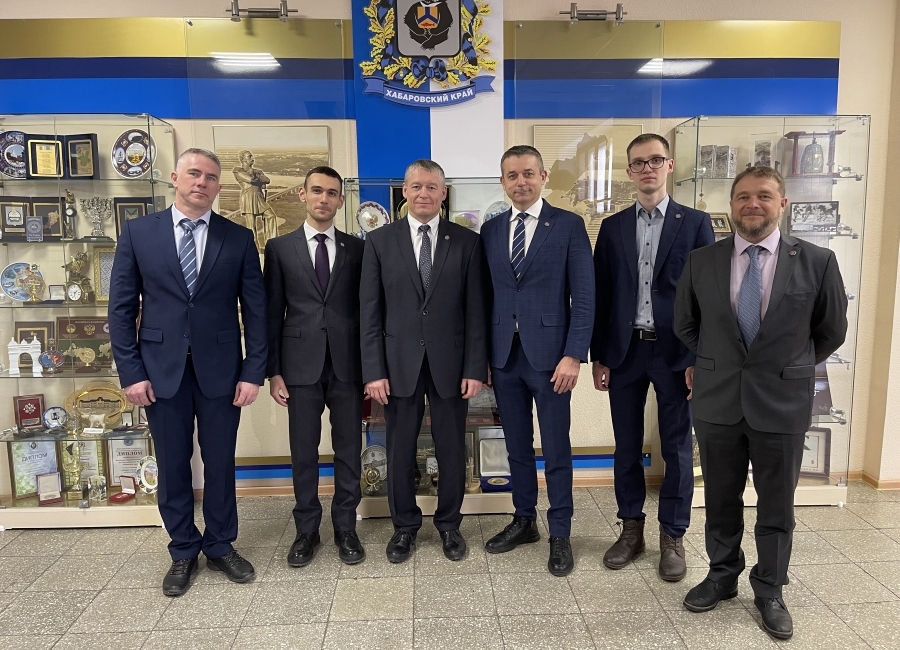 The delegation of Metafrax Group held negotiations on the establishment of the production of resins with the government and the business community of the Khabarovsk Region.

The delegates held a meeting with representatives of the regional authorities under the guidance of the First Deputy Chairman of the Government of the Khabarovsk Region, Mrs. Maria Avilova. The delegation of Metafrax Group shared its vision on the resins’ market in the Far East and on a potential investment project. The discussion was also attended by representatives of the Russian Far East and Arctic Development Corporation, of the branch of “Russian Railways” JSC- “Far Eastern Railway”, the specialized gas distribution company- “Gazprom Gas Distribution, Far East”, as well asby number of potential customers.

The representatives of the Khabarovsk Region offered the choice of several sites for placement, including sites in Khabarovsk and Amursk. The biggest consumers of resins in the region, who took part in the meeting, also confirmed their readiness to purchase Metadynea products. As a result of the dialogue, meetings were also held with two potential clients - RFP Group and Technonicol, who confirmed their interest in the project.

- I think that the trip was useful and productive, - commented on the results of the meetings the General Director of Metadynea LLC Mr. Igor Spasskiy, - We demonstrated the seriousness of our intentions to consider the territory of the Far East for the development of Metafrax Group. In addition, it was important to meet personally and establish business contacts with the relevant leaders of the government of the Khabarovsk Region and representatives of companies that may become potential consumers of resins.

The Deputy General Director for strategy and investments valuation of Metadynea LLC, Mr.Levon Garslyan also confirmed the high potential of the group of companies in the region:

- We are watching the development of the Far Eastern Federal District with great optimism and highly appreciate the potential for its further development. Definitely, there will be more and more projects soon for the deep processing of wood and the production of construction materials. Now RFP Group and our long-term partner, the Technonicol Company , are active in this region. This will lead to the need for a resin manufacturer in the Far East, and Metafrax Group is ready to be a pioneer in this regard.

The Deputy General Director for the projects management of the Metafrax Trading LLC, Mr. Alexei Chikunov commented the results of the business trip as follows:

- The first step is always difficult and not easy to take, and even more so in the current economic situation. But we saw mutual interest on the part of the administration and potential consumers. Understanding the situation on the ground will certainly help us to take the first steps towards cooperation in the right direction.

It should be recalled that the memorandum of cooperation between Metadynea LLC and the government of the Khabarovsk Region was signed at the site of the VI Eastern Economic Forum on September 3, 2021. The agreement provides for the interaction of the parties in the implementation of socio-economic programs and plans for the development of the Khabarovsk Region, the creation of economic and organizational conditions for the implementation of investment projects.

Metadynea LLC is a leader in the Russian market for the production of synthetic resins for a wide range of applications. This Company is included in the Metafrax Group. In Russia it is located at two production sites - in Gubakha town, Perm Region and in Orekhovo-Zuyevo town, Moscow Region. Also the enterprise's assets include a research and development center in Krems an der Donau in Austria.