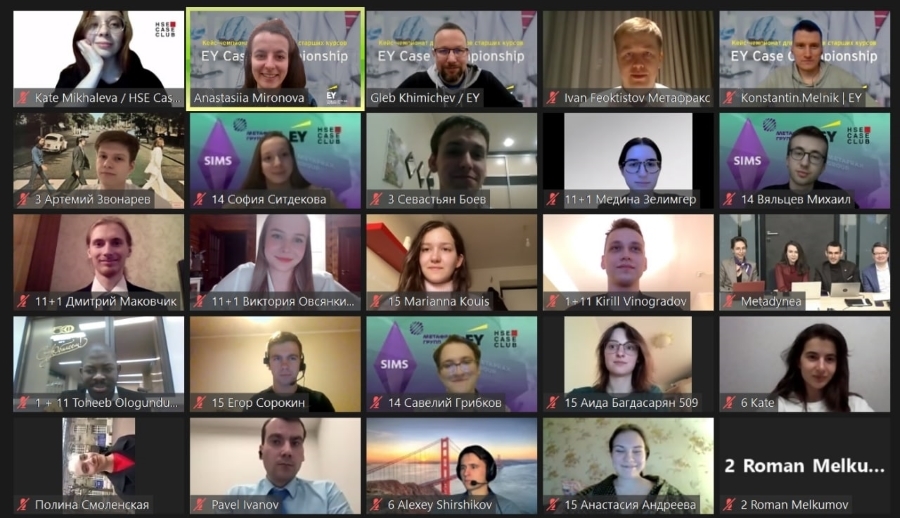 On 3d March took place the first case championship, which was organized jointly by Metafrax Group and the audit and consulting company EY (Ernst & Young). Eight student teams have presented the analytical projects, which are related to the perspective areas of Metafrax Group. The prize winners got an opportunity to have an accelerated review to be hired for the available positions in Metafrax Group, EY as well as the branded souvenirs. The winners of the case championship were also invited to visit the production facility of the company in Perm region and the festival “Mysteries of the Krestovoya mountain”.

Metafrax Group and EY for the first time had the joint team competition for the students – EY Case Championship. To participate in the intellectual competition were invited the graduate students of the Russian universities, who are specialized in economics, finance, management and math with knowledge of English Upper-Intermediate and higher.

In the active phase of the competition participated 26 student from 14 universities of Russia and Kazakhstan, such as HSE University, Almaty Management University, MSU, MGIMO, RUDN, Saint-Petersburg state university and others.

The student teams got for development the real cases of the company, as well as assistance from the lead specialists and top-managers of Metafrax Group, some of which then were a part of the jury along with EY top-managers.

Green chemistry became the clear leader among the presented projects. There was a discussion regarding new production and distribution areas for the products, perspective logistics, market opportunities, risks and forecasts.

The teams were evaluated in terms of analytical capabilities, their ability to work with the sources, find information and search for insights for the projects. One of the important components, which allowed to get the maximum points, was the ability of the teammates to draw together for a single goal, work on solving the issues and present a project in the best way. All of that was also noted by the jury.

“Presentations of the prize teams won because of the nice cooperation, the ability not only to prepare a project, but also to present it well. Good preparation for the presentation is very important”, noted based on the results of the presentation segment Maria Konovalova, the head of the communication department in Metafrax Group. “The jury notes how clear your statements are, how well the presentation is prepared, including the infographics, how fast and on-point you react to the questions. It’s important. It creates our impression of you.

The most active competition unfolded between the teams “11+1“ and “Team 14”. The points were almost equal. But based on the results of voting and discussion the first place on EY Case Championship won the team “11+1“, which composed of the students from Moscow, Saint-Petersburg, Balashikha and Novosibirsk.

“There was a serious competition. I would like to note that the team “Team 14”has performed very well, but there is one winner”, commented the results Levon Garslyan, deputy general director on strategy and investment assessment from Metadynea LLC. “We would like to especially note the winning team leader – Kirill Vinogradov. I was the mentor of this team and I was watching a little bit more in preparation than other jury members did. Here, for sure, there is a big achievement of the leader, because everything was done jointly and precisely”.

Additionally Metafrax Group provided for the winners the e-certificates for books purchasing, as well as the invitation to visit the company production facility in Gubakha, Perm region, and the festival “Mysteries of the Krestovoya mountain”.